Team Cornersoft started out as a small ROM hacking group of folks who wanted to make cool mods for Super Mario 64.
It was founded by PablosCorner and over time, more people have joined the group to help create amazing stuff! This page shows everyone who is currently in the group, and what they do. 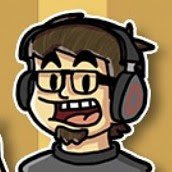 Pablo is the founder of Team Cornersoft, his main skill in modding SM64 is making custom music with custom samples.

Mel is known for its proficient 3D modeling. He has a certain sense for aesthetics and makes all textures and sprites custom on top of that!

Quasmok is an aspiring game developer who also likes to mod SM64, but is also developing a mod for Super Mario World.

"Born from the 93's. I draw. ​I model. I do thicc."
Known for his unique style of art, he makes character models!

Likes to tinker with all kinds of games, but made his mark in hacking the original Sonic The Hedgehog on the SEGA Genesis.

Janja creates character models, and has a recognizable unique aesthetic! He is also a self-proclaimed "big boi." 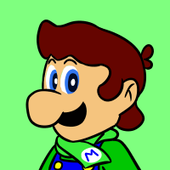 Crissley is an artist that creates cool looking graphics, icons, letters, and more! She's able to make them on her phone too.

ArcticJaguar725 is a programmer who's made conceptual mods, such as Guitar Hero 64, and Impossible Hak!

Bitlytic is a programmer who's made mods, such as Mario Dash 64, and contributed to Mario's Typhoon Folly!

Special thanks to Devon Artmeier for helping me keep this site put together during its development! Otherwise, it would probably look like a broken Geocities website.